Is Your Vehicle’s Coolant Prepared For Summer Heat? 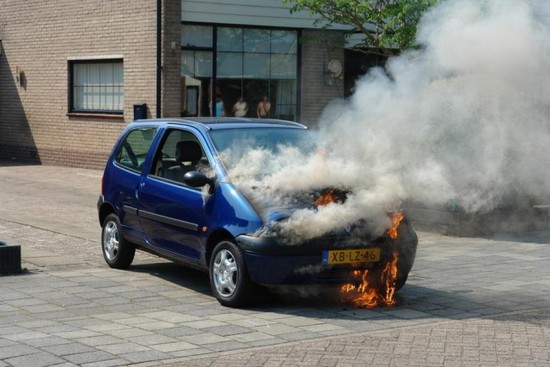 Nowadays, when something is “cool,” it means that it is socially acceptable. However, cool didn’t always mean “hip” and “with-it.”Cool used to refer to temperature—and according to Webster it still does—however; it’s not commonly used in its original context.

Your car may seem “cool” to you, but if you haven’t had a coolant flush service performed on your car, it may not be as cool as you think, and if your car loses it’s “cool,” it could mean big trouble. The main function of a car’s cooling system is, not surprisingly, to remove heat from the engine. If this heat is not removed, the engine will be damaged, potentially even destroyed. The cooling system accomplishes its protective duties by circulating coolant throughout the engine and then back through the radiator, which transfers heat from the coolant into the air that passes through the radiator.

Industry experts estimate that about 40 percent of engine downtime is caused by cooling system problems, so it’s critically important for both your schedule and your wallet that the cooling system be maintained. Coolant, like all other fluids used by your vehicle, has a tendency to break down over time. When the coolant breaks down, more stress is placed on your radiator and your engine begins to run hotter than normal. Gunk and mineral deposits also build up under your vehicle’s hood, effectively reducing your vehicle’s overall performance. Prolonged use of degraded coolant can also result in radiator damage, requiring you to replace your radiator sooner than you would normally have to.

Experts recommend that you have your cooling system flushed out at least once every two years, although, variables such as the type of vehicle you own and weather conditions may require you to have this service done more or less often.

Experts recommend that drivers ask their service writer to check the color, clarity, freeze point and chemical protection of their coolant at every maintenance interval. These few simple tests can indicate whether the coolant is providing adequate levels of protection. If it is not, your technician can correct the problem.

The above article was written by Kara Bishop and was published in the Summer 2012 edition of Vehicle MD. 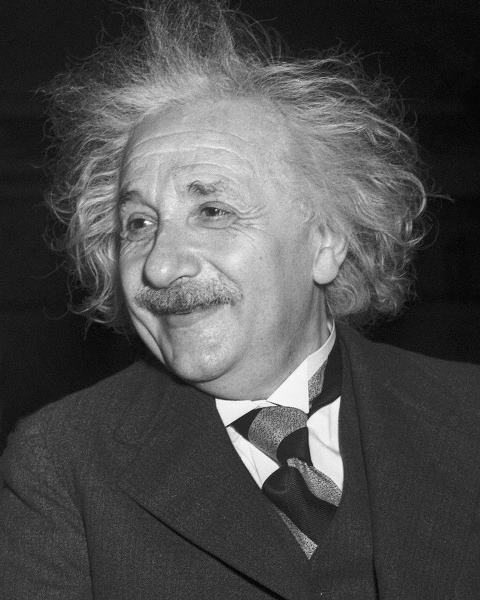 “Once you can accept the universe as matter expanding into nothing that is something, wearing stripes with plaid comes easy.”

Keep Your Cool This Summer With An A/C Recharge

Before hitting the highways for summer road trips, ensure that your vehicle’s air conditioning is up to the task with an an A/C recharge. For a limited time, get $20 off this sanity saving service with our online coupon. Most vehicles are just $79.99 including refrigerant! Get your printable coupon here: A/C Coupon. No appointments are ever needed. Plus, you can relax in your car with a FREE newspaper, beverage, and Wi-Fi while you watch your service being performed!

FREE Family Movie Nights In Meridian Are Back! 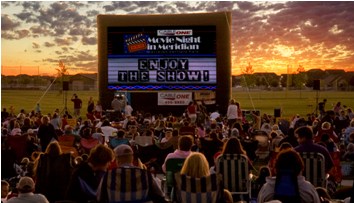 Grab your family, friends, and neighbors this summer and join Meridian Parks and Recreation for the seventh season of CableONE Movie Night in Meridian!  Every Friday in June, July, and August (some exceptions) a huge inflatable movie screen (30’x17′) will be set up in Meridian Settlers Park (Meridian Rd. & Ustick) for a  FREE family-friendly movie.  Each night will also feature games, raffles, demonstrations and more.  Concessions will be available including frozen yogurt from Yogurtz, funnel cakes, kettle corn, pizza, snow cones, cotton candy, hot dogs, and more.  Add the award-winning Adventure Island Playground and splash pad and there’s plenty of reasons to come early and make every Friday a family night at the park. So bring your lawn chairs, blankets, and movie pals and enjoy a summer of fun with Meridian Parks and Recreation!  All movies start at dusk.

July 5: The Road To El Dorado

Aug. 9: The Chronicles of Narnia: The Lion, The Witch, And The Wardrobe

“Usually take cars to Jiffy Lube, decided to try Einstein’s because friend told us “they treat you right”….what a trip! Besides the service to the car (which was excellent) the experience to the mind & senses was awesome! So very entertaining as well as professional, thoroughly enjoyed the special treatment! (beverages & reading materials)  I hope the attendants love their job as much as they seem to…this was such a positive experience! Service above and beyond, thanks to the boys at Baldcypress station!” 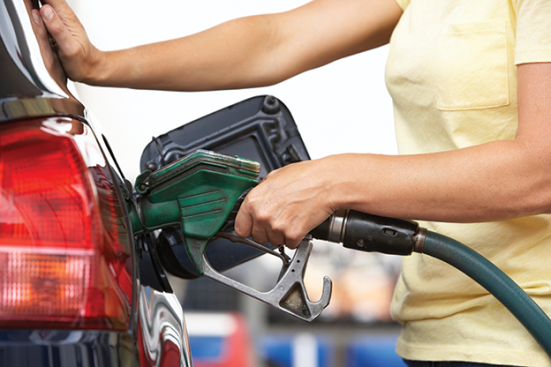 It’s always the little things in life that matter, right? Well, the same is true when it comes to fuel economy.

There are little driving habits that a lot of people are guilty of that add up and literally eat up your gas. One such habit is jackrabbit accelerations—you know who you are. Instead of flooring it (regardless of how cool it sounds and feels), gradually accelerate, so your transmission can properly shift into gear.

Another great way to enhance your fuel economy is to not let your car idle. A good measure to live by is if you know you’re going to be sitting for more than 30 seconds, just turn it off. While igniting the engine does consume a fair amount of gas, your engine burns even more while it is running. After all, if it’s running and your not going anywhere, you’re getting zero miles per gallon!

If you have a pickup truck, don’t believe the myth about leaving your tailgate down. The bed of your truck was specifically engineered to create a nice air bubble, which allows passing wind to go over it. By leaving it down, you may increase your wind drag by as much as 1 percent.

Another subject of debate pertains to windows. Some people claim that driving with the windows down saves gas, because your engine has to burn fuel to keep the A/C running. On the other hand, some people claim that keeping your windows rolled down creates a drag, which results in poorer fuel economy. Well, it actually depends on the situation. If you are driving down the highway, running your A/C is better, because leaving the windows down interrupts the aerodynamic styling of your car, actually creating more drag, which will decrease fuel economy. If you’re just cruising around town, you probably aren’t achieving high enough speeds to interfere with the vehicle’s aerodynamic “air bubble.” In this case rolling down your windows would probably be the better option, because your engine won’t have to work as hard if it’s not operating the A/C. Less load on the engine equals increased fuel economy for you.

Having improperly inflated tires not only increases your chance of an accident, but also decreases your miles-per-gallon ratio. Think of an under inflated tire as a fractured ankle; you can walk on it, but not like you could before the accident.

If you are unsure about your particular vehicle’s proper tire pressure, consult your service writer or door jamb placard that is located inside the driver’s door or check your owners manual, as each of these are great sources for automotive information.

In addition to proper tire pressure, you also want to keep an eye on your tire tread. Tire tread is the rubber grooves around your tires that look like tiny canyons. They are designed to improve traction, as well as expel water and prevent hydroplaning. Over time, the tread of your tires wear down, resulting in decreased performance.

Most state laws have mandated that a tire is legally worn out when the remaining depth of tread is less than 2/32 of an inch. The rule of thumb to inspecting this is by taking a basic U.S. penny and turn it upside down so that Abraham Lincoln’s head is facing down. Stick the aforementioned penny into the tread, and if Lincoln’s head is partially covered by the tread, you’re still safe.

The tricky thing about tire tread is that your tires may wear unevenly. In other words, you could use the penny test on all four tires and have two that need to be replaced, while the others are still OK. However, if you have your tires routinely rotated, you can even-out the tread patterns, which will extend the life of your tires. A general rule is to rotate your tires at every other oil change.

Proper tire pressure and tread wear both walk hand-in-hand with your fuel economy.

We, as North Americans, use our cars more than people from many other parts of the world,  which is understandable when you take into consideration how big and spread out North America is. However, there are times when we unnecessarily use our vehicles—myself included.

For instance, if you’re in a rather large shopping center or an area with multiple shops, and you’re running errands to different stores, there’s no need to get back in your car and drive to the other end of the parking lot or right across the street.

While that may seem ridiculous, we all have seen people do it before. This kind of driving habit is a real fuel-sucker, and is hard on your engine because it is never allowed to reach its optimal operating temperature before it shuts off.

Another way to consolidate your driving time is if you know in advance that you have several errands to make, and they are not in walking distance, try and make them all at once rather than a few now and a few later. Also, if you have the option of carpooling, utilize it.

Although we may not be able to control the cost of gas, we can, however, control how far that fuel will take us. When it comes to the fuel economy of your car, every little bit counts.

Going to the gas pump isn’t the most enjoyable experience, but if you know what you’re  doing, you can significantly ease the pain. So, if saving a little money and gaining a few miles per tank interests you, try some of these tips, and you may be surprised by the results.

The above was written by Braden Dockery and was published in the Summer 2013 edition of Go Drive.