“I just wanted to let you know about the excellent customer service my husband & I received at the Meridian station today. Ty & Taylor went above & beyond to get our Tahoe serviced. Ty noticed the belt tension pulley was broken when he replaced the serpentine belt. Taylor drove my husband to the parts store so he could get a new pulley. Obviously without the new pulley, the Tahoe was dead in the water!

These two gentlemen were the epitomy of outstanding customer service. This is why I continue to return to your business. As business owners, my husband & I fully understand the implications of great customer service!

Thank you so much for hiring great employees. They represent your business well.” 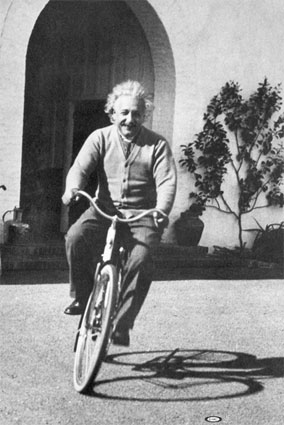 “Life is like riding a bicycle. To keep your balance, you must keep moving.”

What you should know about the ethanol-blended fuels commonly found at your neighborhood gas station. 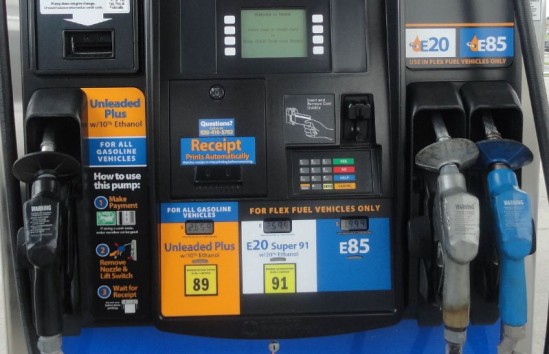 When you pull up to a fuel pump nowadays, you almost always come across a statement that reads: “This product may contain up to 10 percent ethanol by volume.” So what does such a statement, and the use of such fuel, mean to you, the driver? Read on as we answer your ethanol-related questions.

Ethanol is an alcohol fuel derived from the fermentation of sugars and starches that is commonly used as an additive or replacement for petroleum-based fuels. In the United States, most ethanol is derived from corn, a renewable crop source.

Why does my fuel contain ethanol?

By law, oil companies must blend at least 5.9 percent ethanol with gasoline, a move mandated by the second Bush administration. Most blenders, owing to government subsidies, put as much as 10 percent ethanol in their gasoline, creating a mixture called E10. Recently, the government expanded the allowable concentration of ethanol in fuel to 15 percent (a formulation known as E15), though it cautions that drivers of older vehicles manufactured prior to 2007 should not use E15. Certain vehicles known as “flex-fuel” are specially manufactured to use ethanol formulations up to 85 percent ethanol and 15 percent gasoline (a blend known as E85). Because ethanol is more caustic than gasoline, and thus harmful to certain seals and hoses commonly found in vehicles, only those vehicles manufactured to do so should use ethanol formulations above E10 or E15.

Is it safe for my car?

Generally speaking, ethanol formulations of E10 and E15 are safe for modern vehicles, though as mentioned previously, older vehicles should steer clear of E15.

1.) Fill up often–Under ideal environmental conditions, the “shelf life” of E10 is only about 90-100 days. If you plan to store your car (or fuel) longer than that, use a fuel stabilizer.

2.) Top off your tank– Don’t let your fuel level fall to below one-quarter of a tank, especially in hot weather.

3.) Change our oil– Drivers of flex-fuel vehicles that commonly use E85 should not ethat most manufacturers recommend shorter-than-average ol change and service intervals when using this fuel.

The above was written by Garrett McKinnon and was published in the Winter 2011 edition of Vehicle MD.

Myth: Cars have only one air filter.

Einstein’s is happy to inspect your cabin air filter FREE of charge. We also offer replacements if needed starting at just $19.99 installed.

The above was published in the Spring 2012 edition of Vehicle MD.

Visit our website at www.einsteinsoilery.com to find oil change coupons, details on all the maintenance services we offer, news, promotions, location information, and more! 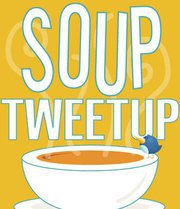 Enjoy some great soup from local chefs with your Twitter peeps while supporting the Boise Women’s & Children’s Alliance at the 3rd Annual Soup Tweetup next Thursday from 4:30-8:00pm. Admission is only $5! The event is hosted by Berryhill & Co (121 N 9th St Suite 102, Boise).  A silent auction showcasing items from numerous Treasure Valley businesses will also be featured. All proceeds benefit the WCA’s work with women and children who have been victims of abuse.  For more info visit: http://www.facebook.com/events/336032243095907

“If A is success in life, then A equals x plus y plus z. Work is x; y is play; and z is keeping your mouth shut.”
-Albert Einstein-

Myth: My car must be serviced at a dealership to keep it’s warranty intact.

Fact: The Magnuson-Moss Warranty Act gives vehicle owners the freedom to choose where their car is serviced and prohibits manufacturers from voiding a vehicle’s warranty because maintenance services, such as oil changes, were performed by a non-dealer. Don’t be misled if dealers suggest you must return to them for service! Every Einstein’s service meets or exceeds your vehicle’s warranty requirements and will keep your warranty intact!